Council HMO Guidance Is Not The Law, Warns Tribunal 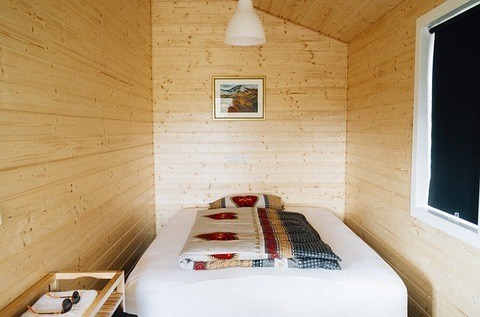 Councils can give landlords guidance over living standards considered reasonable for local houses in multiple occupation (HMOs) but cannot enforce them if they differ from the minimum set by law, according to the Upper Tribunal (Lands Chamber).

The decision came out of an appeal by landlord Dhugal Clark Clark v Manchester City Council [2015] UKUT 129 (LC), who had applied to increase the number of allowed tenants from five to six in a letting property he owned in Manchester.

The council refused to grant the change to his licence on the grounds the living space in the proposed bedroom for the new tenant failed to meet their standards for minimum floor areas.

The decision was supported on Clark’s appeal to the First-Tier Tribunal.

However, on further appeal to the Upper Tribunal, deputy president Martin Rodger explained that setting standards was helpful for council officials and landlords, but councils must not fall into the trap of giving their own guidance force of law.

“Pointing out what factors a council will consider when deciding whether a home was large enough for a number of people to live in is clearly helpful. What a council could not do was to adopt mandatory standards non-compliance with which would result in a determination that a house was not suitable,” he said.

“To do that would be to fetter its own discretion, and to usurp the power of the Secretary of State to prescribe national standards. What was required was a consideration of the room and the property as a whole on their merits, rather than by reference to a fixed minimum floor area.”

Rodger also argued that standards set in Section 65 of the Housing Act 2004 and minimum standards in national guidance offered by the Local Government Association and Manchester City Council’s own guidance were confusing.

“There is nothing objectionable in the use of the 6.5 square metre standard derived from the 1985 Act as guidance, but it has no statutory force in its own right for HMO licensing.

“The introductory note to the council’s guidance document offers the possibility of a flexible approach only where ‘the solution is within the legislative framework’. The council’s decision letter suggests that the minimum space standard is regarded by housing officers as part of the ‘legislative framework’ from which they are not free to depart under any circumstances. Such an approach is based on a misunderstanding.”

The appeal was allowed on the grounds Clark could reasonably have expected the First Tier Tribunal which upheld the council ruling to review the evidence and come to a conclusion based on the facts.

However, the tribunal only reviewed the council’s standards and came to the wrong conclusion about allowing an extra tenant in the property, said Rodger.​