How the Homeless Reduction Act 2017 Aims to Help Landlords 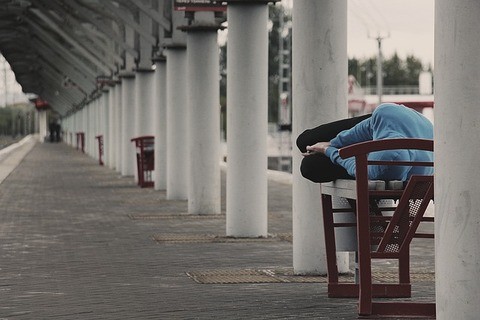 The Homeless Reduction Bill has now been agreed by both houses.

Update: The Bill has now received Royal Assent on 27 April 2017 and so this is now the Homelessness Reduction Act 2017.

Further update: relevant to our readers, the appropriate parts of the Act will commence on 3 April 2018.

Section 21 notice and threatened with homelessness

A large problem for landlords is when a section 21 notice has been served, the tenant goes to the local authority with the notice and the tenant is told that they must wait for a court order and possibly bailiffs to be deemed as homeless and eligible for assistance. This advice given throughout the country is contrary to guidance but is nevertheless widespread.

The court has previously ruled that a local authority may ignore the guidance because it is just that – guidance.

Amongst other things, the Homelessness Reduction Act aims to stop local authorities issuing that advice and ensure they deal with enquiries.

When the Homelessness Reduction Act commences, Clause 1 of the Bill (as it was) will amend the Housing Act 1996 adding a new definition of threatened with homelessness:

“(5) A person is also threatened with homelessness if—

(a) a valid notice has been given to the person under section 21 of the Housing Act 1988 (orders for possession on expiry or termination of assured shorthold tenancy) in respect of the only accommodation the person has that is available for the person’s occupation, and

(b) that notice will expire within 56 days.”

There will potentially still be problems with this because the duty only arises if a valid section 21 notice has been served. This may not always be an easy decision for the local authority to make (it’s sometimes difficult for a court to decide)!

A new section 189A will be inserted into the Housing Act 1996 which will require the local authority to make an assessment and personalised plan for each applicant who is either homeless or threatened with homelessness (including where a section 21 has been served as defined above).

The assessment must contain certain details and the local authority must try to agree steps that both the applicant and local authority will take to prevent homelessness.

Once a person is threatened with homelessness, section 195 governs the duties of the local authority to the applicant. This section is being re-written and similar to previously:

The authority must take reasonable steps to help the applicant to secure that accommodation does not cease to be available for the applicant’s occupation.

The local authority must have regard to the assessment made under section 189A in respect of that duty.

Under the changes, the local authority may cease that duty to secure accommodation by giving notice to the applicant where certain circumstances apply such as a refusal by the applicant to take an offer of suitable accommodation, the applicant has found somewhere else to live or the applicant has made themselves intentionally homeless. The authority are unable to cease their duty by notice in certain situations after a valid section 21 notice has been served (tying in with the earlier definition of being threatened with homelessness).

Currently, one of the arguments used by the local authority to insist on a court order and even sometimes bailiff was that whilst the tenant is in occupation, they have suitable accommodation available for occupation and as a result they didn’t meet the criteria of being homeless.

Under the new Act, having suitable accommodation will be defined as where:

(i) suitable accommodation available for occupation, and

(ii) a reasonable prospect of having suitable accommodation available for occupation for at least 6 months, or such longer period not exceeding 12 months as may be prescribed, …

Enforcement of the new position

In reality, will these new provisions change anything from the current position? According to the exceptionally reliable nearlylegal bolg, “NO!”:

The second is that this does NOT amount to the end of councils’ frequent practice of insisting that tenants await possession proceedings, possession order and sometimes even a date for execution of warrant before they will be considered to be homeless. (This was a topic giving rise to considerable friction during the passage of the Bill. Suffice it to say the LGA and DCLG were not prepared to countenance the expiry of a s.21 giving rise to actual homelessness, despite the current statutory guidance). However, while being ‘threatened with homelessness’ triggers the 56 day prevention and help duty – see below – the new s.195(6) means that the prevention duty will continue for longer than 56 days if the applicant remains in the property, unless terminated for some other reason. So, where a s.21 notice has been served and will expire within 56 days, the prevention duty will potentially continue up to the point that the applicant is homeless.

We will see what the forthcoming guidance has to say on this topic and when an applicant should ordinarily be considered to be homeless after the expiry of a s.21 notice.

Unfortunately, the code of guidance is a little conflicting. On the one hand it says at para 6.35:

The Secretary of State considers that where an applicant is:
(a) an assured shorthold tenant who has received a valid notice in accordance with section 21 of the Housing Act 1988;
(b) the housing authority is satisfied that the landlord intends to seek possession and further efforts from the housing authority to resolve the situation and persuade the landlord to allow the tenant to remain in the property are unlikely to be successful; and,
(c) there would be no defence to an application for a possession order;
then it is unlikely to be reasonable for the applicant to continue to occupy beyond the expiry of a valid section 21 notice, unless the housing authority is taking steps to persuade the landlord to allow the tenant to continue to occupy the accommodation for a reasonable period to provide an opportunity for alternative accommodation to be found.

The Secretary of State considers that it is highly unlikely to be reasonable for the applicant to continue to occupy beyond the date on which the court has ordered them to leave the property and give possession to the landlord.

Housing authorities should not consider it reasonable for an applicant to remain in occupation up until the point at which a court issues a warrant or writ to enforce an order for possession.

Which is it? According to all three paragraphs, it’s not considered reasonable for the tenant to have to occupy –

It’s only the degree of reasonableness that appears to change in each paragraph!

Quite how much use this is going to be for landlord’s will have to be seen.

The guidance then goes on to specify (and in bold in the code) at para 6.38:

Housing authorities should ensure that homeless families and vulnerable individuals who are owed a section 188 interim accommodation duty or section 193(2) main housing duty are not evicted through the enforcement of an order for possession as a result of a failure by the authority to make suitable accommodation available to them.

This is the only paragraph out of the ones above without a degree of reasonableness being mentioned. Therefore, in reality and with a shortage of housing stock, this will likely be the ultimate fallback position of the local authority when considering a homelessness application. That leaves landlords in precisely the same position we were in before the Act came into force!

When the Act commences, local authorities in England will be under a duty to provide free of charge services providing information and advice on:

The local authority as part of their advisory service may also assist in other ways including:

Letter from Branden Lewis MP to all local authorities

In addition to the Act discussed in this article, it is worthy of note (and thanks to one of our members for supplying a copy of the letter) that Branden Lewis MP issued an undated letter to local authorities outlining their duties in respect of section 21 notices asking them to “cascade the message to their housing teams“.

An extract from the undated letter reminds local authorities that:

The statutory Homeless Code of Guidance, which local authorities are required by law to have regard to, is clear on this matter. It contains guidance on how authorities should treat homelessness applications in circumstances where a tenant has received a valid s21 notice. It says that housing authorities should not, in every case, insist upon a court order for possession and that no local authority should adopt a blanket policy in this respect. …

A copy of the letter can be downloaded here.

This article applies to England
Tweets by @adrian_thompson