Infestation of Rats, Mice and Other Pests 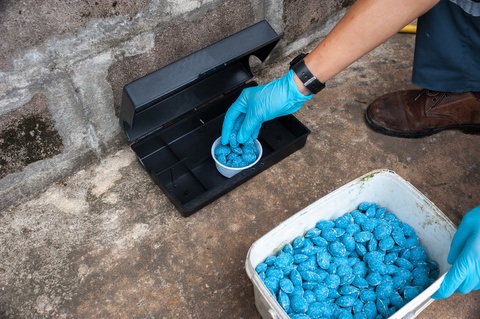 Sometimes a tenants property may suffer an infestation of rats or mice and tenants will then often seek that the landlord rectifies the situation. But, is it the landlords duty? Also briefly covered later in this article (as the principles are similar) are wasps, bees, pigeons and bed bugs.

There is no legislation or common law duty that specifically requires landlords to rid their properties of vermin thus in the absence of any express term in the tenancy agreement the tenant may have to request assistance from the local authority. Depending on the circumstances, local authorities may look to tenants/landlords to take action and pay for the eradication of the pests. [Paragraph 2 Dealing with infestations in privately rented property – House of Commons Standard Note SN/SP/6041]

A case brought under an old provision namely sections 14 and 15 of the Housing, Town Planning, &c., Act, 1909, held that the presence in a dwelling from time to time of rats, even in considerable numbers, is not a breach of the implied covenant that the house be fit for human habitation, though it seems it would be if the rats infested the house in the sense that they bred there, were regularly there and, as it were, formed part of the house. [Stanton v Southwick [1920] 2 K.B. 642].

Here the question is whether there was evidence on which the judge could find that the house was infested with rats in the sense that they bred there, were regularly there and, as it were, formed part of the house. In my opinion there was no such evidence. The case was fought upon the footing that the rats had their home in the sewer passing below the house, that from the sewer they made incursions into the house in search of food, and that that was how they were found to be in the house. The judge was, in my view, wrong in law in holding that the presence in the house of the rats to that extent and in those Conditions constituted or could constitute a breach of the statutory condition.

However, the legislation for fitness for human habitation has been considerably updated since March 2019 but there’s not been any case law. Pests are specifically part of the new legislation but as with all aspects of the legislation, it inly applies if “it is so far defective in one or more of those matters that it is not reasonably suitable for occupation in that condition”.

In Carstairs v. Taylor L. R. 6 Ex. 217, the landlord let to the tenants the lower part of a house as a warehouse, the landlord remaining in occupation of the upper part himself. A rat or rats gnawed a hole in a water cistern in the upper part of the house, and water poured down and caused damage to the tenants’ goods in the warehouse. It was plain that at that time the warehouse was not in a fit condition to be used as such. Counsel for the tenants, argued that “the defendant [landlord] was liable on the ground of contract, he has impliedly undertaken that the warehouse let to the plaintiffs [tenants] shall be suitable for the purpose for which it is let, which cannot be said to be true if it is accessible to water or to rats.” Dealing with that argument Kelly C.B. said at 220:

“Clearly there is no duty on the occupier above, whether he be landlord or only occupier, to guard against an accident of this nature. It is absurd to suppose a duty on him to exclude the possibility of the entrance of rats from without. The case of a ship is totally different: it may be possible to insure freedom from rats in a vessel; but it is impossible to say with respect to warehouses generally that this can be done.”

Prevention of Damage by Pests Act 1949

Under section 3 Prevention of Damage by Pests Act 1949, the occupier (normally the tenant in this context) of any land must give to the local authority notice in writing if it comes to his knowledge that rats or mice are living on or resorting to the land in substantial numbers. This does not apply to agricultural land. A failure to give notice is a criminal offence.

Under section 4, the local authority may serve on the owner or occupier a notice requiring him to take, within a period as specified in the notice, steps for the purpose of the destruction of rats or mice or otherwise for keeping the land free from rats and mice. The notice may in particular require the application to the land of any form of treatment or the carrying out of any structural repairs or other works specified.

If a landlord is served with such a notice then the landlord will be liable to rid the property of rats or mice as per the notice unless he successfully appeals which is to the Magistrates Court as a complaint. There are a number of grounds of appeal, but the most likely in the context of this article is:

Please refer to our detailed article on appealing against a Prevention of Damage by Pests Act 1949 notice here.

Amongst other things, under section 11 Landlord and Tenant Act 1985, it is an implied term of a short lease (less than 7 years) that the landlord shall keep in repair the structure of the dwelling, including the drains, gutters and external pipes.

... Please login or signup to continue reading this content