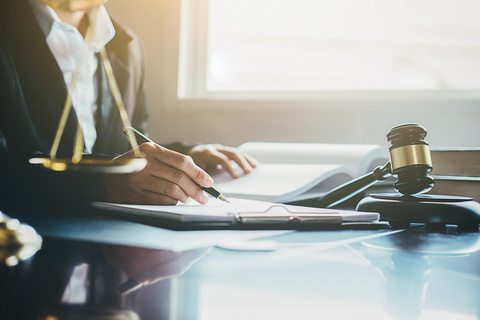 After nearly two years of promising changes to the rental market, the government has pledged to bring the Renters Reform Bill to Parliament in the Queen’s Speech.

The Bill is likely to include a controversial clause that will scrap Section 21 ‘no fault’ evictions for landlords.

A White Paper is due in the autumn that will outline government policy for the future of the private rented sector.

However, the process of navigating the Bill through Westminster could mean any new rules will not take effect until spring 2022 at the earliest and may not reach the statute book before April 2023.

Besides a ban on Section 21 evictions, the Renters Reform Bill will include other new measures to improve tenant rights that have been kicking around Whitehall for some years.

Raising the cash for a deposit has long been a problem for tenants moving into a new rented home.

According to the Office for National Statistics, the average deposit is £1,054.

The government is proposing a deposit is passported from property to property as tenants move.

The aim of the deposit is to give landlords some security that a departing tenant has the cash to settle rent arrears or repair damage to the property.

In England, the security deposit is capped at the value of five weeks of rent.

The money is held in an independent deposit protection scheme and released within 10 days of the end of a rental contract. If both sides cannot agree who gets some or all the money, the case goes to arbitration.

The process means if the deposit is stuck in arbitration, a tenant may not have the money to put down for another deposit on a new property.

The government wants to set up a system that allows tenants to claim compensation from private landlords.

Announcing the policy in January 2019, the then Communities Secretary James Brokenshire explained around 1.5 million landlords in England must register with the scheme, effectively setting up a national landlord database.

The Housing Complaints Resolution Service would mainly help tenants to get speedier repairs.

Landlords face fines of up to £5,000 for failing to sign up with the service.

“The Housing Complaints Resolution Service will provide a single point of access to resolve complaints for housing consumers, when ‘in-house’ complaint processes have been exhausted, through the current schemes providing alternative dispute resolution, while preserving the expertise of existing providers,” said Brokenshire.

Another long awaited but much heralded housing policy announced in the Queen’s Speech is a Bill aimed at reforming planning.

The government wants to fast-track planning by moving from a cumbersome document-based process to a streamlined digital service.

The thinking behind planning is reversed from councils having to justify a development to explaining why a project should not go ahead.

The whole system should be faster and deliver new homes quicker. Currently, the process can take up to 15 years from buying land to handing over the keys to a new buyer.

“Housebuilders play a crucial role in supporting the wider economy and introducing automatic planning approvals in growth areas will also make it easier and faster for housebuilders to build developments. This will have a positive economic impact and help improve the shortage of affordable homes across the country,” said Zoopla director of new homes Alex Rose.

The Queen said a new law will stop developers and investors from charging excessive ground rents.

Homeowners should be able to extend their leases to 990 years with no ground rent.

Current rules can value buying out a leasehold at tens of thousands of pounds.

What is the Queen’s Speech?

The Queen’s Speech is written for the sovereign by the government and lays out the proposed Bills that are likely to come before the current session of Parliament.

What is a Bill?

A Bill is a proposed new law or changes to the wording of an existing law. Bills are introduced in the Commons and go before the Lords. A Bill cannot become law until receiving Royal Assent.

What is White Paper?

White Papers are the details of government policy in writing that precede a Bill.

The steps for new policy are usually a Green Paper – a discussion paper on new law – then a White Paper, followed by a Bill.

Why do the new property laws only apply to England?

The key rules for letting properties are similar in England, Scotland and Wales – but each UK nation is responsible for its own rules for landlords.

England is less regulated than Scotland and Wales.

The reason is Scotland and Wales have devolved administrations which can make property laws applicable to each country.

Its important landlords are aware of the laws applying to their rental homes – for example, a landlord living in England with a property in Wales comes under Welsh housing law.

When will the Queen’s Speech policies come into force?

This year is a catch-up session for Parliament after having to devote considerable time to Brexit and the coronavirus pandemic.

Most of the measures affecting landlords mentioned in the speech are old policies that have waited in a queue to go before Parliament for a couple of years.

Even inclusion in the speech is no guarantee they will go before MPs – the government can decide to withdraw or prioritise other legislation that means there’s no Parliamentary time available for other proposals.

If Boris Johnson loses office or the Tories decide to go for a new general election, all the bills before Parliament are cancelled, so there are lots of reasons why one or more of the proposals may not see the light of day.

If they all proceeded within a few weeks, most would not become law until sometime after April 2022 or even later.

You can view articles with the category new legislation here.