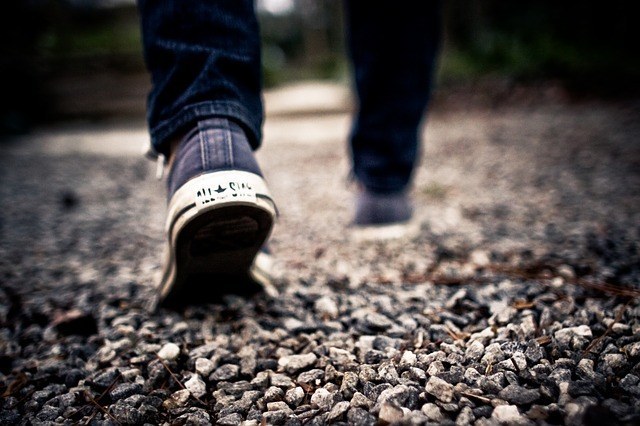 IMPORTANT: this case has been overturned by the Supreme Court. See here for full details.

Edwards v Kumarasamy [2015] EWCA Civ 20 is a case which considers the extent of a landlords repairing obligations in particular where only part of a building is let and whether notice of the defect is required before any repairing obligation arises.

Mr Kumarasamy has a long lease of a flat in a block and he sub-let the flat on an assured shorthold tenancy to Mr Edwards and his partner. The usual implied repairing terms under section 11 Landlord and Tenant Act 1985 applied to the tenancy.

In 2010, Mr Edwards was taking rubbish out and tripped over an uneven paving stone in the pathway between the front door and the communal bins in the car park and injured his knee. The path is 10 to 12 feet long and the essential means of access.

Section 11 of the Landlord and Tenant Act 1985 provides, so far as relevant:

(a) to keep in repair the structure and exterior of the dwelling-house (including drains, gutters and external pipes)…

(1A) If a lease to which this section applies is a lease of a dwelling-house which forms part only of a building, then, subject to subsection (1B), the covenant implied by subsection (1) shall have effect as if—

(1B) Nothing in subsection (1A) shall be construed as requiring the lessor to carry out any works or repairs unless the disrepair (or failure to maintain in working order) is such as to affect the lessee’s enjoyment of the dwelling-house or of any common parts, as defined in section 60(1) of the Landlord and Tenant Act 1987, which the lessee, as such, is entitled to use.

(a) the lessor’s repairing covenant has effect as mentioned in subsection (1A), and

(b) in order to comply with the covenant the lessor needs to carry out works or repairs otherwise than in, or to an installation in, the dwelling-house, and

(c) the lessor does not have a sufficient right in the part of the building or the installation concerned to enable him to carry out the required works or repairs,

Section 11(1A) provides that if the lease forms only part of building (as in this case), the repairing obligation applies to any part of the building in which the lessor has an estate or interest…

As the path was essentially owned by the freeholder of the building with both parties in this case having a right of way over the pathway under their respective leases, the primary question was whether the landlord (Mr Kumarasamy) had “an estate or interest” in the pathway? If so, was that enough to bring into play section 11(1A) and require the landlord to repair?

The answer to both these questions was yes.

“They are attached in that manner to the house for the purpose of access to this dwelling house, and they are part of the dwelling house which is necessary for the purpose of anybody who wishes to live in the dwelling house enjoying that privilege. If they have not means of access of some sort they could not get there, and these are simply the means of access. They are outside structures, steps that are built, and therefore it seems to me they are plainly part of the building, and therefore the covenant implied by [s 11] of the Act fits and applies to the obligations of the landlords in this case.”

… Brown was a case in which the whole building was subject to the tenancy (and consequently the whole building was the dwelling-house); so it cannot be directly transposed to our case, especially since the judge held that the paved area was not part of the exterior of flat 10. However, on the basis of the Deputy District Judge’s findings of fact, the paved area was both short and also part of the essential means of access to the front hall in which Mr Kumarasamy did have an estate or interest. I consider, therefore, that it can properly be described as the exterior of the front hall. I hold therefore that, in principle, the extended covenant applies…

The judge in an earlier hearing took the view that Mr Kumarasamy had no right to “take up or mend the path”, but unfortunately for the landlord that is not true as common law does allow a repair:

… Where, as here, there has been an express grant of an easement the grant will carry with it an ancillary right on the part of the dominant owner to carry out repairs on the servient owner’s land in order to make the easement effective. Thus in the case of the grant of a right of way the dominant owner is entitled to repair the way: Gale on Easements (19th ed) para 1–91; Newcomen v Coulson(1877) 5 Ch D 133.

In this case, the common law was considered first:

… The general rule is that a covenant to keep premises in repair obliges the covenantor to keep them in repair at all times, so that there is a breach of the obligation immediately a defect occurs. There is an exception where the obligation is the landlord’s and the defect occurs in the demised premises themselves, in which case he is in breach of his obligation only when he has information about the existence of the defect such as would put a reasonable landlord on inquiry as to whether works of repair are needed and he has failed to carry out the necessary works with reasonable expedition thereafter: British Telecommunications plc v Sun Life Assurance Society plc [1996] Ch 69, 78–9. Where, therefore, a defect appears in the external cladding of a building that is not demised to the tenant (as in Sun Life) or in a sea wall, possession of which is retained by the landlord (as in Murphy v Hurly [1922] 1 AC 369), the landlord is liable even though he has no notice of the disrepair. … The principal reason for … the view that it would be unreasonable to interpret a landlord’s covenant as absolute when the landlord “had no means of ascertaining the condition” of what was demised: Makin v Watkinson (1870) LR 6 Ex 25 (Bramwell B); Tredway v Machin (1904) 91 LT 310 (Collins MR).

The requirement of notice where there is a statutory implied term such as section 11 was considered by O’Brien v Robinson [1973] AC 912 where Mr and Mrs O’Brien were injured when the bedroom ceiling of their flat fell on them, and they brought an action against their landlord for damages for breach of his implied covenant.

The outcome was described (in Sun Life) as:

“… where a defect occurs in the demised premises themselves, a landlord is in breach of his obligation to keep them in repair only when he has information about the existence of the defect such as would put a reasonable landlord on inquiry as to whether works of repair to it are needed and he has failed to carry out the necessary works with reasonable expedition thereafter” (emphasis added)

However, O’Brien v Robinson made no change to the general common law position that notice was not required where the landlord retained control of parts of the building. That case only dealt with a repair within the demised premises. See our notice requirements article which already detailed these long held principles.

On considering the fairness for a landlord unaware of the defect and such an outcome, it was held:

Mr Swirsky submitted that liability under the extended covenant only applies where the disrepair affects the tenant’s enjoyment of the dwelling-house or common parts; and it was ultimately common ground that this test was to be objectively applied. In practice the tenant is likely to be the first person to become aware of the existence of defects falling within the landlord’s obligation. Accordingly it would be right to interpret the covenant as requiring the giving of notice before the landlord’s liability arose. Although this might be a pragmatic way of limiting the landlord’s liability I cannot find it in the words of the statute. An argument of this nature would have been equally applicable to the landlord’s covenant considered in Sun Life, and indeed a similar argument was advanced on the landlord’s behalf. But in Sun Life, as we have seen, the critical division was between what was demised and what was not. Moreover, as I have said we are in the territory of implied terms, and necessity rather than mere reasonableness is the touchstone.

I think it worthy whilst on the subject of a little note which was not mentioned in detail in this case and we commonly need to point out (link to a members question). Section 11(3A) deals with the situation where the landlord does not have a sufficient right in the part of the building or the installation concerned to enable him to carry out the required works or repairs.

Many landlords will read the remainder of that sub section as only having a requirement to make reasonable endeavours to get the freeholder to carry out the works as it is they who have control. However, that is not what it says. Sub section (3A) goes on to say (emphasis added):

The requirement under section 11(3A) is that the landlord uses all reasonable endeavours to enable him to actually carry out the works or repairs. The mechanism for this will usually be contained in the lease between the head landlord and the leaseholder.

This didn’t really apply in this case because as was pointed out, the easement had an ancillary right to take up the path and mend it but nonetheless it is worthy of note.

This case will certainly make it more attractive to favour joint and several single tenancies for sharers rather than bedsit type tenancies where lettings are done on a room by room basis. If the tenancy is done as a single joint and several tenancy, there will be more of the building and exterior as part of the demise than might otherwise be the case, thus requiring notice of the defect on more of the building and exterior (if not all) before the obligation to repair arises.