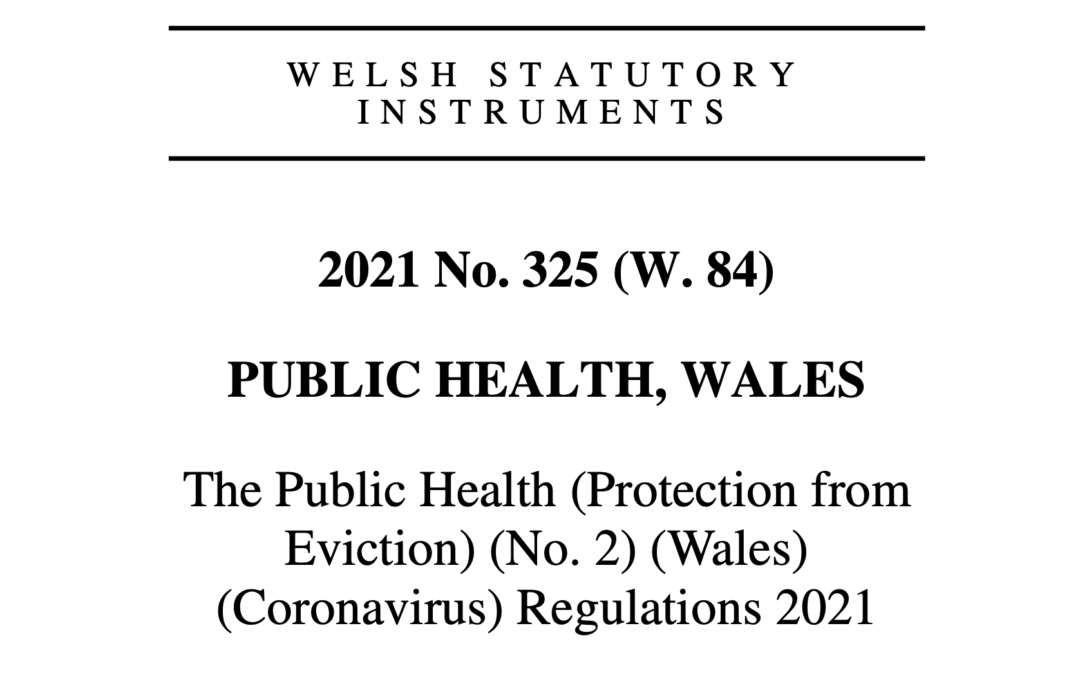 The Welsh Government have announced that regulations have been laid to further extend the current ban on bailiff evictions and that the increased length of notices to be served by landlords is also to be extended.

Both are to be extended until 30 June 2021 according to the written statement made by Julie James, Minister for Housing and Local Government.

For the bailiff evictions ban, the exceptions as before will remain namely:

Evictions, can continue for the above mentioned reasons.

Relating to the lengthened notice periods, there also appears to be no change to the current position.

Both the section 8 and section 21 notices will need to be at least six months notice (plus at least 4 days for service) in most cases.

The exception where shorter notice for the section 8 might be possible are anti-social behaviour and domestic violence.

For a table of notice lengths and each ground, please see this table.

The proposed regulations are to be debated on 24 March 2021, but there’s no reason to suggest the changes won’t happen.

England has extended the eviction ban and increased notice lengths until 31 May 2021 for residential property.

In addition to this extension, the Welsh Government have already passed legislation to permanently extend the equivalent to the section 21 notice from when the Renting Homes (Wales) Act 2016 commences. No date has been announced for commencement of the new Act but, it’s now looking like it will be Spring 2022.