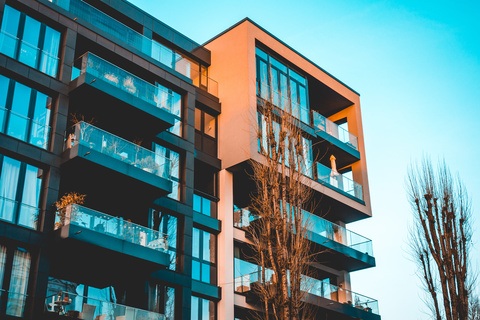 The Competition and Mergers Authority (CMA) has told Countryside Properties and Taylor Wimpey that terms that doubles ground rents on new build homes every 10 to 15 years break consumer protection laws.

The CMA says the contracts means homeowners can struggle to sell homes and impact their rights over their properties.

The letter from the CMA demands both builders must remove any unfair ground rent terms and that they must ensure all future ground rent contracts are fair to homeowners.

The action follows a CMA investigation looking into leasehold contracts that started in September 2020.

Besides looking at the Countrywide and Taylor Wimpey unfair contract terms, the CMA is also probing alleged mis-selling of leaseholds by Barrett Developments and Persimmon Homes.

Andrea Coscelli, the CMA chief executive, said: “These ground rent terms can make it impossible for people to sell or get a mortgage on their homes, meaning they find themselves trapped. This is unacceptable. Countryside and Taylor Wimpey must entirely remove all these terms from existing contracts to make sure that they are on the right side of the law.

“If these developers do not address our concerns, we will take further action, including through the courts, if necessary.”

The CMA has invited Countrywide and Taylor Wimpey to alter their contracts and avoid legal action by signing undertakings to remove the ground rent terms from their contracts.

The investigation will also look at investment companies that bought freehold contracts from the developers and then imposed unfair ground rent terms.

Official data published as a briefing report in the House of Commons library reveals the scope of the problem.

The Ministry of Housing, Communities and Local Government estimates around 4.5 million homes in England were bought on leasehold contracts.

Almost a third of these properties are houses, while the rest (69%) are flats. Buy to lets account for 75% of private rented flats.

Many of the homes are in the North West.

What is a leasehold?

A leasehold contract sets up a landlord-tenant relationship between the leaseholder and the property owner that can lead to a high-level of charges for ground rent, the costs of managing properties and buying out the leasehold.

In January, Housing Secretary Robert Jenrick announced changes to the law that gave millions of homeowners the right to extend their leases up to 990 years with no ground rent.

The new law will scrap ‘marriage value’ calculations that take the view that owning the freehold and leasehold of a property is worth more when both interests are held by one person than by two separate owners.

The calculation will also allow leaseholders to subtract the costs of any property improvements from the value of the new contract.

Announcing the measure, Jenrick said: “Across the country people are struggling to realise the dream of owning their own home but find the reality of being a leaseholder far too bureaucratic, burdensome and expensive.

“We want to reinforce the security that home ownership brings by changing forever the way we own homes and end some of the worst practices faced by homeowners.

“These reforms provide fairness for 4.5 million leaseholders and chart a course to a new system altogether.”

Action by the government and CMA to resolve the leasehold ground rent rip-off issue follows complaints of unfair treatment and mis-selling by hundreds of homeowners.

The row triggered an inquiry by the Law Commission that recommended the government change the law and reassess the way leasehold extensions and buy-outs were calculated.

How does the CMA action impact landlords?

Countrywide and Taylor Wimpey must revise their leasehold contracts to drop the clauses that include unfair ground rent terms or face legal action.

The developers must agree to remove the terms or face court action to enforce the changes.

Most new-build flats are governed by leasehold contracts that include the unfair terms which must now be revised. Three out of four of these flats are owned by buy to let landlords who stand to benefit the most from the CMA action.

How much money will leasehold reform save landlords?

In practice, the figure will vary between landlords depending on the value of their leasehold.

An online calculator can estimate the likely cost of buying a lease extension before the law changes.

Jenrick has promised a revised calculator is on the way.

Does the action cover leaseholds in Wales?

No. The Welsh Government has a separate consultation running looking at leasehold property ownership.

Does the action cover leaseholds in Scotland?

No. Scotland has different property ownership laws than those in England.

When will the zero ground rent law change?

Housing Secretary Robert Jenrick has slated the new legislation to come before Parliament during the current session – which is scheduled to end in the autumn.

What you need to know about buying a leasehold home

The CMA has produced a short video explaining what buying a leasehold home entails: