How To Use Electronic Signatures In Tenancy Agreements 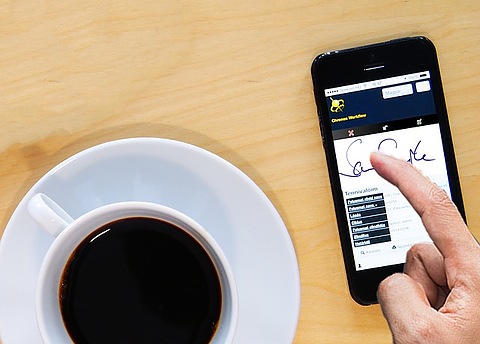 On 21 July 2016, the Law society published a practice note titled: Execution of a document using an electronic signature.

The practice note has been developed to provide confidence to party’s wishing to create contracts using electronic signatures and has been approved by leading counsel.

The practice note comments on the introduction of regulation (EU) No 910/2014 (the eIDAS Regulation) which has direct effect in EU member states from 1 July 2016.

The Electronic Communications Act 2000 (the ECA 2000) provides a statutory framework for the admissibility of electronic signatures in England and Wales. Section 7(1) of the ECA 2000 provides that in any legal proceedings:

In addition, section 8 of the ECA 2000 provides for the UK government to modify by statutory instrument (SI) any enactment which requires something to be done or evidenced in writing, to be authorised by a person’s signature or seal or to be delivered as a deed or witnessed. Although more than 50 such SIs have been enacted under the ECA 2000, there are many statutory provisions imposing execution formalities which have not been addressed in this manner. However, in the opinion of leading counsel and the JWP, the fact that an SI has not been enacted under the ECA 2000 in respect of a particular statutory provision imposing an execution formality does not mean that a contract subject to such provision cannot be executed using an electronic signature (and this is supported by the eIDAS Regulation).

The practice note confirms in respect of a simple contract which would include an assured shorthold tenancy taking effect in possession for a term not exceeding three years (whether or not the lessee is given power to extend the term) at the best rent which can be reasonably obtained without taking a fine1 as being acceptable to be signed electronically:

In the absence of any (usually statutory) requirement, there is no need under English law for contracts to be in any particular form; in fact they can be entered into orally, provided there is offer and acceptance, consideration, certainty of terms and an intention to be legally bound. Therefore, a simple contract may be concluded using an electronic signature.

Where the tenancy is to have a fixed term exceeding 3 years or does not take effect in possession, that must be made:

Here the practice note provides useful opinion on the definitions and caselaw of writing and signatures:

In writing and signatures

In the opinion of leading counsel and the JWP, a contract executed using an electronic signature (and which may exist solely in electronic form) satisfies a statutory requirement to be in writing and/or signed and/or under hand for the following reasons.

(i) Writing: The Interpretation Act 1978 defines ‘writing’ to include ‘typing, printing, lithography, photography and other modes of representing or reproducing words in a visible form’. Where the contract is represented on a screen (including a desktop, laptop, tablet or smartphone) in a manner which enables a person to read its terms properly, it will be ‘in writing’ at that point. For example, in Golden Ocean Group Limited v Salgaocar Mining Industries PVT Ltd and another [2012] EWCA Civ 265 (Golden Ocean), the Court of Appeal found that the exchange of a number of emails could lead to the conclusion of an agreement in writing for the purposes of the Statute of Frauds 1677.
(ii) Signature: The test for determining whether or not something is a signature is whether the mark which appears in a document was inserted in order to give, and with the intention of giving, authenticity to it. Therefore, provided that the signatory inserts an electronic signature into the appropriate place (eg next to the relevant party’s signature block) in a document with the intention of authenticating the document, a statutory requirement for that document to be signed will be satisfied. It does not matter how the signatory inserted the electronic signature into the document (eg using any of the methods specified in paragraphs 2(a)-(d) above), nor does it matter in what form that signature was inserted (eg a handwritten signature, a generic handwriting font, a typed font, etc.). Leading counsel has advised that J Pereira Fernandes SA v Mehta [2006] EWHC 813 (Ch) is authority that typing a name into an email satisfies a statutory requirement for a document to be signed (and this position was confirmed in Green (Liquidator of Stealth Construction Ltd) v Ireland [2011] EWHC 1305 (Ch)) and Golden Ocean is authority that an electronic signature has the same legal status as a wet-ink signature, the key question being whether or not the purpose of the signature is to authenticate the document.
…

One of the big problems with signing a deed is the need to have the signature witnessed by someone who is not a party to the contract.

At common law, a deed must be in writing. Given the willingness of the courts to interpret various statutory requirements for writing to include the situation where a document is represented on a screen and executed with an electronic signature, in the opinion of leading counsel and the JWP, the approach outlined above would apply in respect of deeds…

… In the opinion of leading counsel and the JWP, where a suitable signatory signs a deed using an electronic signature and another individual genuinely observes the signing (ie he or she has sight of the act of signing and is aware that the signature to which he or she is attesting is the one that he or she witnessed), he or she will be a witness for these purposes. If that witness subsequently signs the adjacent attestation clause (using an electronic signature or otherwise), that deed will have been validly executed. The practical means of witnessing different forms of electronic signature will need to be settled on a case-by-case basis, with consideration given to the evidential weight of the form agreed … However, in the opinion of leading counsel and the JWP, it is best practice for the witness to be physically present when the signatory signs, rather than witnessing through a live televisual medium (such as a video conferencing facility), in order to minimise any evidentiary risk as to whether the person genuinely witnessed the signing.

A guarantor should also be signed as a deed in our view and the same principles will apply.

Will the court accept the electronic signature?

Section 7 of the ECA 2000 provides that, in any legal proceedings, an electronic signature incorporated into a particular electronic communication shall be admissible in evidence in relation to any question as to the authenticity of that communication or as to the integrity of that communication. Leading counsel has advised that, if the authenticity of a document signed using an electronic signature were to be challenged, an English court would accept the document bearing the electronic signature asprima facie evidence that the document was authentic and, unless the opponent adduced some evidence to the contrary, that would be sufficient to deal with the challenge. These are the same principles that an English court would apply in relation to wet-ink signatures.

The practice note continues with more information about evidential weight and is a particularly worthy read if anyone encounters a problem with an electronic signature.

Update September 2019: in Neocleous & Anor v Rees [2019] EWHC 2462 (Ch) (20 September 2019), the court has ruled that an automated signature at the footer of an email is sufficient to make a binding contract for the transfer of land.

Our workflow when granting a tenancy via remote signing

Because of the nature of letting property and the fact a meeting must take place at some point to hand over keys, the use of remote signing is perhaps limited in many cases. However, there are many who like to get the agreement signed in advance (for example student lettings are commonly signed very early in the year for that September).

Our general advice where possible is that all communication should be marked “subject to contract” and then the tenancy only signed and dated on the actual day it is to commence and keys handed over. In this case, the tenancy can of course be simply signed on paper. Where this is done, it is best practice to send a copy of the tenancy agreement in draft form by email beforehand as this makes the signing appointment much quicker and easier because the tenant(s) will have already read the agreement in their own time and pace.

It is also worth noting that for landlords or agents in Wales, under the statutory code of practice, the tenant must see the tenancy before any fees are taken (such as a reservation or administration fee):

3.4 During negotiations, and before they have committed to pay any expense, the potential tenant must be provided with clear information on:

b) How long the tenancy will last (if a fixed period)

c) Costs for which the tenant will be responsible

d) Amount of any security deposit, if applicable

e) The amount of any holding deposit, if applicable. You must also clearly state the reason for such a deposit, and all associated terms and conditions

g) Any guarantor requirements, if applicable

h) Methods of payment available to the tenant

3.5 Potential tenants must be given sufficient opportunity to read a draft or sample tenancy agreement prior to signing their tenancy agreement. This would allow them to obtain independent advice should they wish to do so.

Our tenancy builder has a “draft” option whereby the agreement is marked “DRAFT – for information only”. This can then be emailed to the tenant(s) and guarantor(s) safe in the knowledge that it can’t be edited or signed at that stage.

When preparing the final agreement, the draft option can be removed by editing the entry and inserting the appropriate dates for the tenancy. The final version can then be printed ready for the meeting on the day of commencement or used for remote signing.

Our Tenancy Builder has remote electronic signing built right in. With just a few clicks it’s really easy to send an agreement for remote signing.

The first thing we do after a tenant has passed all the reference checking etc. is use the tenancy builder and create a draft agreement with the dates missing (which is automated by the builder).

That draft is sent to all party’s including the guarantor by email.

Then it just depends how the tenants / guarantors want to sign (remote or paper) and I will assume for this purpose that everyone wants to remote sign.

A final agreement can now be produced by going to the builder and *editing* the previous entry that we just made as draft. Select “No” in the draft box and the fixed term dates can be entered. The “date of agreement” box should be left blank at this stage when remote signing.

Follow these instructions which also has a video for using remote signing within the Tenancy Builder.

For companies signing and the Companies Act 2006, please see the following articles: