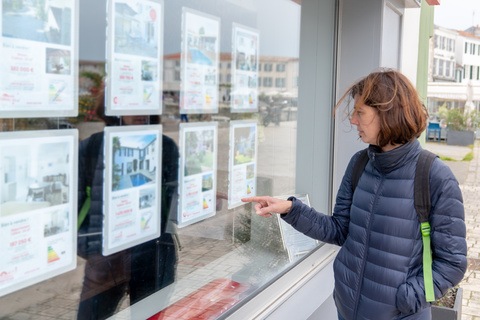 A landmark court case ended with a landlord and their letting agent paying £4,500 for refusing to show a property to a potential tenant because they were claiming benefits. Often such properties are advertised as ‘no dss’.

The case was the third time in two years Hayley Pearce has taken on letting agents and landlords who turned her down as an applicant – the other cases did not reach court and paid out an estimated £15,000 in damages and costs between them.

Ms Pearce, a single mum and freelance writer, claimed the rejection was discrimination under the Equality Act 2010.

In a blog, Shelter says Ms Pearce was forced to look for a new home to rent when her former landlord increased her rent.

She unsuccessfully challenged the rent rise, and her landlord served a Section 21 notice requiring her to give up the property.

Although MS Pearce received Universal Credit and Child Benefit supplemented by part-time earnings and cash for a deposit, she found letting agents in Worthing would not accept her applications.

“Both defendants unlawfully indirectly discriminated against the claimant on the ground of sex contrary to section 19 and 29 of the Equality Act 2010 when the first defendant’s former trainee informed the claimant that people in receipt of benefits would not be acceptable to the second defendant,” the judge ruled.

Ms Pearce has now found a home to rent.

Warning for landlords and “no dss”

In the blog, the charity says 41% of single women renting privately claim housing benefit compared with 27% of single men, which means they are 1.5 times more likely to rely on the benefit and to fall foul of any no DSS policy.

This ruling and the earlier cases lay a clear path for landlords and letting agents.

A blanket No DSS policy is illegal and if landlords reject applicants because they receive benefits, they are breaking the law and open to a claim for compensation.

The law does not force landlords to take tenants on benefits, only to consider their applications along with any others.

Student Megan Cole has successfully sued her landlord to win back a year’s rent – and then written a dissertation on her struggles in rented accommodation.

She cited problems with an ant’s nest; mould in bedrooms, leaky showers and a broken over.

Ms Cole asked Birmingham City Council for help and was told if she stayed at the house for a year, she could seek compensation at a tribunal through a rent repayment order.

A West London letting agents must pay almost £32,000 in fines and compensation for allowing tenants to live in substandard homes.

East Sheen Estates Limited was issued with two £5,000 penalty notices by Richmond Council for failing to repair a fire alarm, damage from leaking water and a hole in a roof across several homes in the borough.

After reinspecting the properties, the council explained conditions had worsened and the letting agent was ignoring orders to repair the properties.

Following the inspection, the council banned tenants from living in the property and took the letting agent to court, where a £15,000 fine was imposed.

The company must also return £6,857 in rents to tenants.

“Renters in Richmond should not be subject to rogue landlords who leave their properties in dismal conditions and who fail to act when issued with Improvement Notices,” said Nick Stevens, head of regulatory services for Richmond Council.

Rent-to-rent landlord did not have licence

Letting agent Benjamin Smith was fined £11,500 and told to pay £1,385 costs for renting out an unlicensed shared house.

Smith had a rent-to-rent contract with the property owner.

Under the agreement, he paid the owner £3,100 a month while charging his own rent to the four tenants.

We have more information about unlawful discrimination for England and Wales.

We have information about housing benefit and Universal Credit for England and Wales.