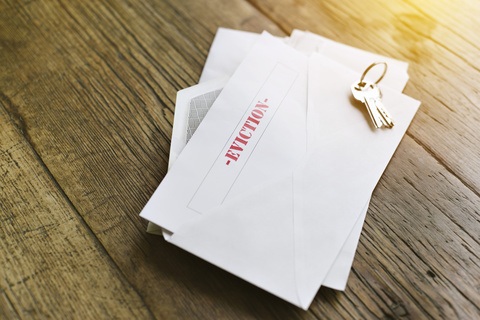 Point of clarity: when we published this post, we had thought from its wording that it was the Bill to abolish section 21 notices. But, we have been contacted and reliably informed that the Bill mentioned below is simply a private members bill (not a government bill) and is unlikely to go anywhere. We apologise and although we have left this article up, it shouldn’t be taken too seriously at this stage. It’s substance is accurate but is unlikely to be the ultimate mechanism for abolishing section 21 notices (if that happens).

It has been well known for some time that the government intends to abolish section 21 notices in England during this parliament. It was a conservative manifesto pledge in 2019.

We will bring in a Better Deal for Renters, including abolishing ‘no fault’ evictions and only requiring one ‘lifetime’ deposit which moves with the tenant. This will create a fairer rental market: if you’re a tenant, you will be protected from revenge evictions and rogue landlords, and if you’re one of the many good landlords, we will strengthen your rights of possession.

The Renting Homes Bill is a private members Bill intending to achieve the abolition of section 21 notices (or ‘no fault’ notices as they called them).

It’s had one reading last year but was then delayed due to the pandemic. No date for the 2nd reading has been announced. Since publishing this article, we have been informed this private members bill is unlikely to go anywhere so please read the rest with that in mind.

We don’t plan to go through the proposed Bill in any great detail. However, it is worthy of a quick look through and point out some highlights.

Technically, this bill wouldn’t just get rid of section 21, but it’s assured ‘shorthold’ tenancies that would be entirely gone. Any tenancy for an only or principal home let to an individual and not excluded would instead be an ‘assured’ tenancy if the Bill were to ever pass through the various stages of parliament.

This used to be the default position between 1987 and 1997 until assured ‘shorthold’ became the default.

An ‘assured’ tenancy is essentially a tenancy for life unless there is some ground available in schedule 2 to the Housing Act 1988 allowing possession.

Most readers will be familiar with the current grounds including rent arrears, anti-social behaviour and the like. Those grounds would remain with the following changes:

There is a new ground 2A proposed for a landlords intent to sell the property. Under the proposed wording, the sale must not be to an “associated person” (e.g., family member) and the sale must be genuine with “active steps” already taken to find a purchaser. We already have similar provisions with retaliatory evictions.

Ground 6 would be revised and allow a landlord to seek possession if the property requires refurbishment works. To succeed, it must be proven that it is “impracticable for the tenant to continue to occupy the property given the nature of the refurbishment intended by the landlord” and evidence provided.

There would be a new ground 18 under the proposals where a landlord’s family member intends to live at the property. The criteria are basically the same as ground 1 (indefinite period or proportionate with a minimum of 12 months).

It’s notable there is no proposed ground for a change in use of the property.

If the Bill became an Act (unlikely, see earlier), the Act would commence six months after it is passed.

The Act would have a three-year transition for existing tenancies during which time possession could be sought in the usual way (both section 21 and section 8 available).

However, any new tenancy or renewal granted from when the Act commences would be an assured tenancy by default regardless of any label on the agreement saying otherwise (e.g., shorthold). Section 21 would no longer be available for those new tenancies.

After the three-year transition, all tenancies (including existing) would become ‘assured’ and the section 21 notice no longer available.

Section 8 notices on the usual grounds plus any changes or additions to the grounds for possession made by the new Act would be available.

We know we’ve said this about three times already but just to be clear, this is only a private members bill and is unlikely to go anywhere. We apologise for the original wording of this article which indicated it had more chance than we now understand.

It’s nevertheless a conservative manifesto pledge to abolish section 21 notices and a bill worded like this one would achieve that so it’s theoretically possible this (or something similar) could be the route taken.