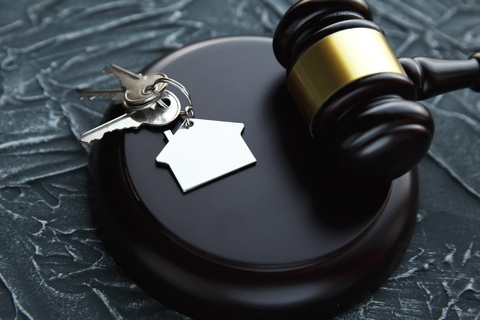 The government in Wales has amended a new landlord law before the ink is dry and the terms have come into force.

But handling the COVID-19 pandemic has distracted the Welsh government and now an election is looming in May that lawyers believe means the new law will be shelved until next year.

What does the Renting Homes amendment do?

The Renting Homes (Amendment) (Wales) Bill changes the notice time a landlord must give a tenant in two ways:

Which means a tenant could move in and spend at least a year in a property before the landlord can take possession – and even longer if the matter goes to court.

Other landlord law changes in Wales

The delayed Renting Homes (Wales) Act 2016 is supposed to make renting a home in Wales easier with clear terms that include:

Other measures cover the rights of joint contract holders and how landlords can recover abandoned homes.

What the Welsh government says

Housing and Local Government Minister Julie James said: “This law will make renting a home in Wales fair, simple and efficient, and it will directly affect the lives of the one in three people who rent a home in Wales.

“Thanks to our efforts, tenants will have greater peace of mind when renting. Everyone has the right to feel secure in their own home and to be able to plan.

“There will also be clear benefits for landlords. Clearer and easier to understand contracts will reduce disputes and legal costs and the new regime will provide a better way for landlords to deal with abandoned properties.”

A bill aimed at stopping landlords from automatically banning pets in private rented homes is in danger of running out of time at Westminster.

Jasmine’s law – named after a Weimaraner dog separated from a renter due to clauses in a tenancy agreement – was due to go before MPs for a second reading last week.

But the cancellation of Friday sittings due to COVID-19 meant the reading of the private member’s bill was cancelled.

Romford Tory MP Andrew Rosindell is trying to keep media attention on the bill with his A Pet In Every Home online campaign. A panel of campaigners debated the bill online with him at the time the debate should have been on in Parliament.

Rosindell opened the event by confirming he wanted to “correct this issue of injustice” by reversing a law that is not “responsible or considerate”.

His bill may fail as Housing Minister Chris Pincher has already shown his support by changing the English model tenancy agreement to include a clause that automatically gives tenants the right to keep a pet.

However, the agreement is not mandatory or binding on landlords.

The clause demands landlords must object to a renter’s pet and give a good reason for the objection within 28 days of receiving written notice that the animal is at the property.

A copy of the agreement is available to download from the government web site.

Find out more about A Pet In Every Home campaign

We have more information about pet clause in our tenancy agreement section for England and more about Renting Homes in Wales here.