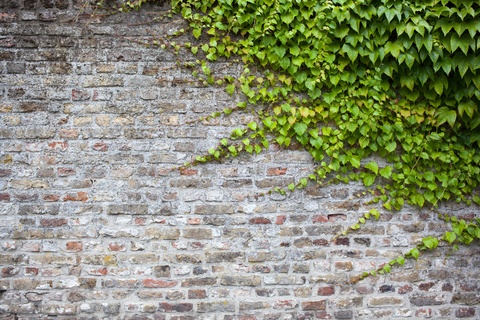 Landlords should not avoid buying homes with blighted prices because their gardens are infested with the feared Japanese Knotweed.

A new study rubbishes the current thinking that the demon weed can destroy homes by growing through concrete.

Experts from Leeds University and infrastructure firm Aecom say the plant is harmless and no more of a threat to nearby homes than trees or other large shrubs.

For years, most mortgage lenders have refused to lend on any property that has Japanese Knotweed intruding within a seven-metre exclusion zone.

Others have required owners to control Japanese Knotweed plantations to stop the spread of the weed.

But the researchers say they have found no evidence to back up the plant’s fearsome reputation of a detailed examination of 122 sites infested by Japanese Knotweed.

Their survey of 51 contractors and 71 surveyors confirmed that where Japanese Knotweed was present, reports of defects or structural damage to homes were rare.

The study also looked at 68 homes on three streets that had been abandoned for more than a decade. Although already in disrepair, they represented a worst-case scenario for plant damage, said the team.

Knotweed was found within seven metres of 18 of the homes, but was linked to less damage than trees, climbers and shrubs.

Dr Karen Bacon, from Leeds University, said: “The negative impact of Japanese Knotweed on such factors as biodiversity and flooding risks remains a cause for concern.

“But this plant poses less of a risk to buildings and other structures than many woody species, particularly trees and butterfly bushes.

“Japanese Knotweed is capable of damaging built structures, but where this occurs, it is usually because an existing weakness or defect has been exacerbated.”

The seven-metre zone is the nearest surveyors believed Japanese Knotweed could grow to a property without the roots damaging foundations.