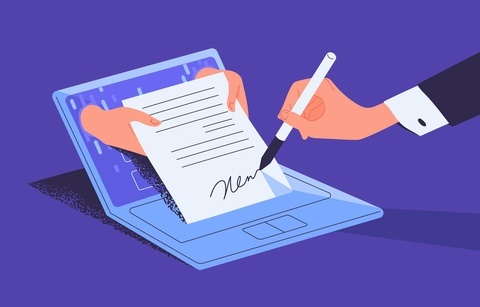 We have introduced a couple of major updates to the Tenancy Builder. The first is that there is a new integrated digital signing provider offering improvements. Second is that the guarantor forms have been updated by removing the witness element.

Firstly, we have changed provider for the integrated digital signing.

With the much earlier version of the Builder (v.2 and before), we made our produced PDF agreements compatible with Signable, but you needed your own account and had to manually upload and add parties.

Recently they have made their API public which allows us to directly integrate the Builder into Signable.

For users, there will be no particular visual differences, but from our initial testing it seems much more stable.

There are a handful of noticeable improvements:

For the last 20 years, our guarantee agreements have been made as a deed, which meant they needed witnessing.

It’s acceptable to not be a deed as long as the guarantee can be shown to have been signed before the tenancy (with the correct wording in the agreement).

This was difficult in the old days of printing on paper. The majority of customers are now using digital signing which makes it easy to show on the audit log, attached to the final agreement, that it was signed first.

Because of this, we’ve taken the decision to remove the witnessing element of the guarantee agreement.

This should make it much quicker and simpler for signing guarantors.

Moving to the new system

The new version is live for new built agreements as of now but, if you built your agreement before Monday 7th February, you can edit the agreement and choose “save and build” to update the PDF which will then contain the new code.

This will put you on the new system with all the new features.

If you built the agreement before Monday and select digital signing without updating, you will continue to use the old signing system without the new features (which nevertheless works perfectly well).

There are still some minor features to add to the signing events page (which is where you can monitor progress such as when a document is opened, signed etc.) where you will be able to send a reminder and update contact information in the event of an email bouncing. These should be added by the end of this week. We also need to update the help documentation.

Before the end of the month, we will cancel the old system, but all agreements should have been converted or newly built by then.

We have more information about the Builder here.